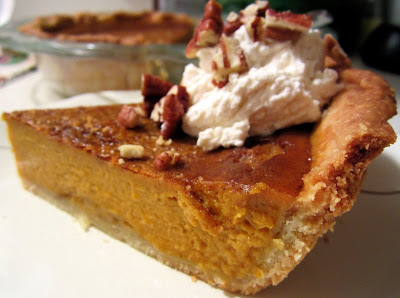 What do you do if you have 5 cans of Milnot in your cupboard? First you make a Milnot cheesecake. Then, to spice things up, you should try this under-the-label recipe for "Classic Pumpkin Pie with Maple Whipped Cream and Walnuts." 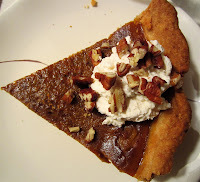 This is pie is not dense or too sweet, and the Milnot and eggs help the pie set up like a custard. The mixture is liquid at first, but just be patient. In my oven, it took 10-15 minutes longer than the recipe called for, but it came together nicely.

The recipe calls for a whipped cream layer on top of the pie, but we just added the whip in dallops. Next time I'll try it layered on.

My mom liked it better than any other pumpkin pie she's had! 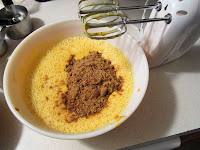 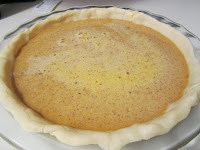