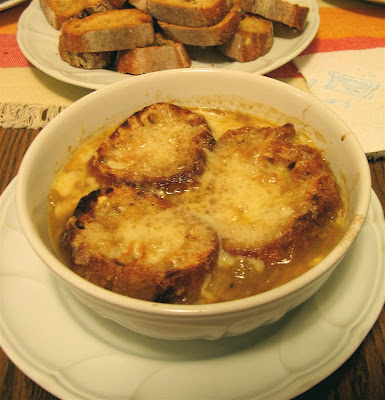 It started with a Dutch oven. Or at least the desire for one. I'd read countless recipes that called for a Dutch oven, but usually by the time I saw those words I'd stop reading since I was not lucky enough to own one. At first, this struck me as a minor inconvenience. But, over the years, the Dutch oven recipes starting adding up. And I know that Amber uses a Dutch oven frequently. Slowly, I came to realization that I, too, needed a Dutch oven. So I kept my eye on them. Every time I went into Sur La Table, I'd check to see if the Le Crueset were on sale. (Or course, even if they were I couldn't afford them. But, they're just so pretty!) I spied a Mario Batali version, cheaper but still a bit much.

Then my mother gave me a bit of money for my birthday. I thought long and hard about what I wanted. I knew I wanted something to cook with. New measuring cups and spoons? A cast iron skillet? A Silpat? It wasn't enough money for a Le Crueset, but I decided if I could find a bargain on a Dutch oven, that's what I'd get. The deal was sealed when Smitten Kitchen, my favorite food blog, put out a gift list with a Dutch oven at the top. I felt I must have one.

Randomly, I was at the store a few days later and a found Lodge Color 6 quart Dutch oven for 20% off! It turned out to be only $63! That certainly seemed like a steal, so I picked out a blue one and brought it home. (Thanks, Mom!) 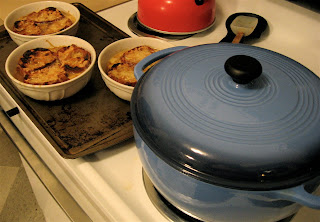 And then I realized I didn't know what to make. After all of those recipes I'd flipped past or clicked on, I couldn't think of a single thing to cook in my new Dutch oven! So I did what anyone would do these days---I searched the internet. Most of the top searches pulled up camping recipes. Fail. I searched a couple food blogs, to little avail. Where were all of those Dutch oven recipes, now?! A Cook's Illustrated search turned up a few ideas---including a Best French Onion Soup recipe...where the onions alone cook for almost 3 hours! I don't usually have time for such things. But--and this is why I love Cook's Illustrated---they also included a Quicker French Onion Soup recipe. Score! (The secret is microwaving the onions for 20 minutes before browning them.)

With the help of my friend Libby, I got to do two new things in one day: make French onion soup for the first time and, finally, cook with a Dutch oven. I'd say it was a productive day! 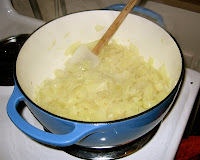 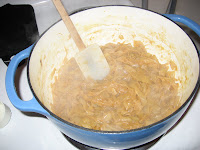 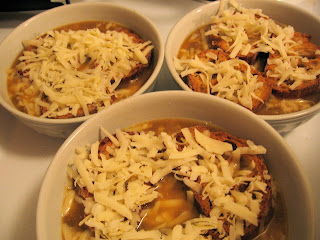