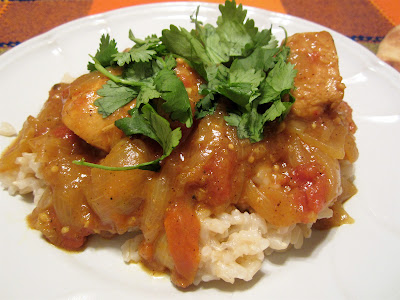 I don't spend a lot of time planning my last meal, but when I started thinking about how exactly to describe this chicken vindaloo recipe, I started thinking about Ajanta's chicken vindaloo. Ajanta has the best Indian food in the Bay Area. That's my opinion, but not just my opinion. It has been so designated by Zagat and SF Baylist for a few years, though I'm lucky enough to have known about Ajanta for at least a decade.

I once traveled to India mostly to experience a country where I could find this incredible food everywhere. I probably should have known that not every restaurant in India would be Ajanta-calibre. Disappointingly, I found nothing that could compare. So even after five weeks in India, Ajanta has the best Indian food I've ever eaten.

Next I bought the Ajanta cookbook, hoping to get their vindaloo recipe. No dice.

I may never be able to make vindaloo like the chefs at Ajanta, but if I had to pick a recipe that could approximate the experience, I would feel comfortable leaving it to Cook's Illustrated. I expected that something as complexly flavorful as vindaloo would be really hard to make, but it is surprisingly simple. And, it's a one pot recipe which is always a bonus. (Especially if you are doing the dishes--and I am.)

This particular vindaloo recipe was inspired by Savory, a new spice shop in my neighborhood. They had a great curry selection, including a vindaloo spice blend that made this recipe super simple!

The more I thought about vindaloo, the clearer it became. Since I love food it would definitely be a very tough decision, but if it came down to it, I think my last meal would be chicken vindaloo. It's just that good. 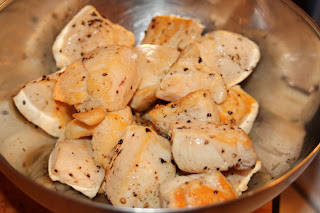 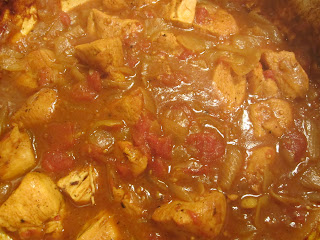